Two music legends — Neil Young and Willie Nelson — will perform a benefit concert on Sept. 27 on a farm near Neligh, Nebraska that is on the route of the proposed Keystone XL pipeline and also crosses the historic Ponca Tribe “Trail of Tears.” They will be joined by Sower Record’s artists The Bottle Tops and Jack Hotel. We are ecstatic to participate alongside these two music legends and be in for the good fight again big oil.

Proceeds from the “Harvest the Hope” concert will go to Bold Nebraska, the Indigenous Environmental Network and the Cowboy & Indian Alliance, to fund the ongoing fight against the Keystone XL pipeline, as well as a number of small, community-based clean energy projects on farms and tribal land. The afternoon concert will take place in a field on a farm owned by a family who are part of a strong collective of Nebraska landowners refusing to sell their land to TransCanada for the Keystone XL (KXL) pipeline, and a sacred tribal ceremony will be included in the day’s events.

Also performing will be Native American hip-hop artist Frank Waln, Lukas Nelson (son of Willie!), Dan McCarthy and McCarthy Trenching, Dr. John Walker, and the “Stopping the Pipeline Rocks All-Stars,” some of the local Nebraska artists who recorded a benefit album in the solar-powered barn built inside the path of the Keystone XL pipeline last summer. 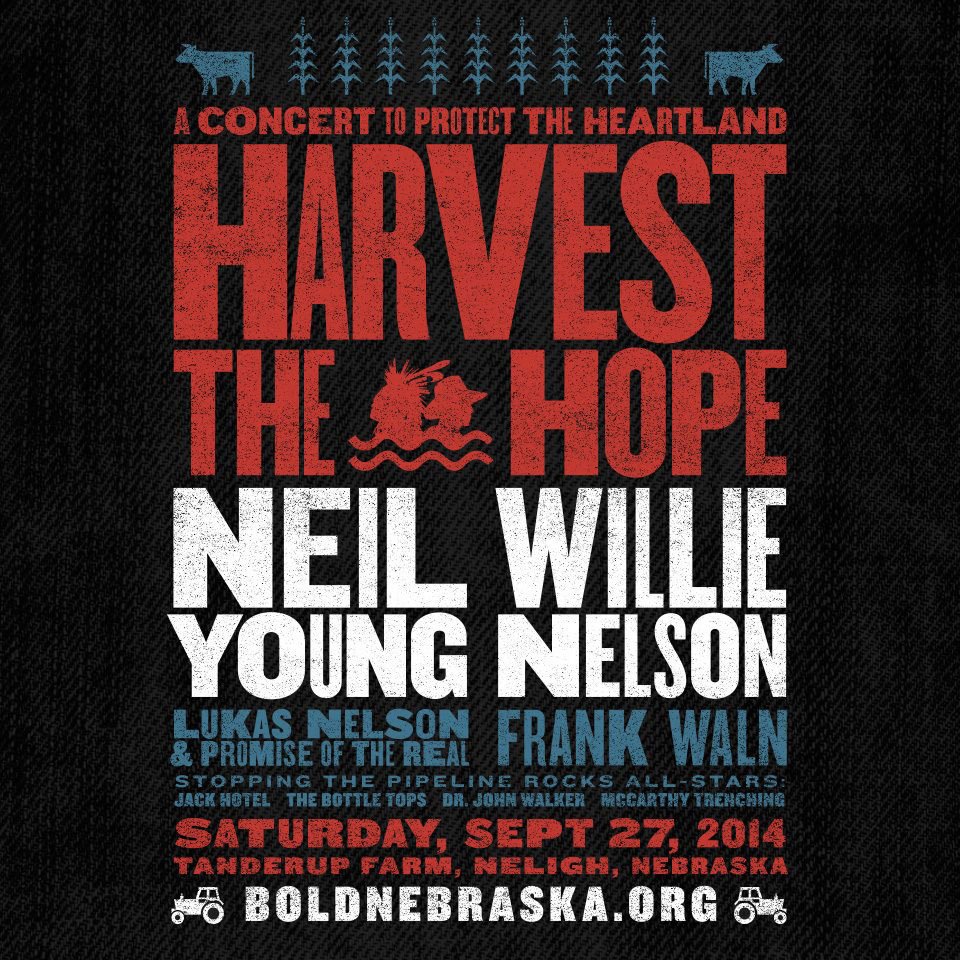