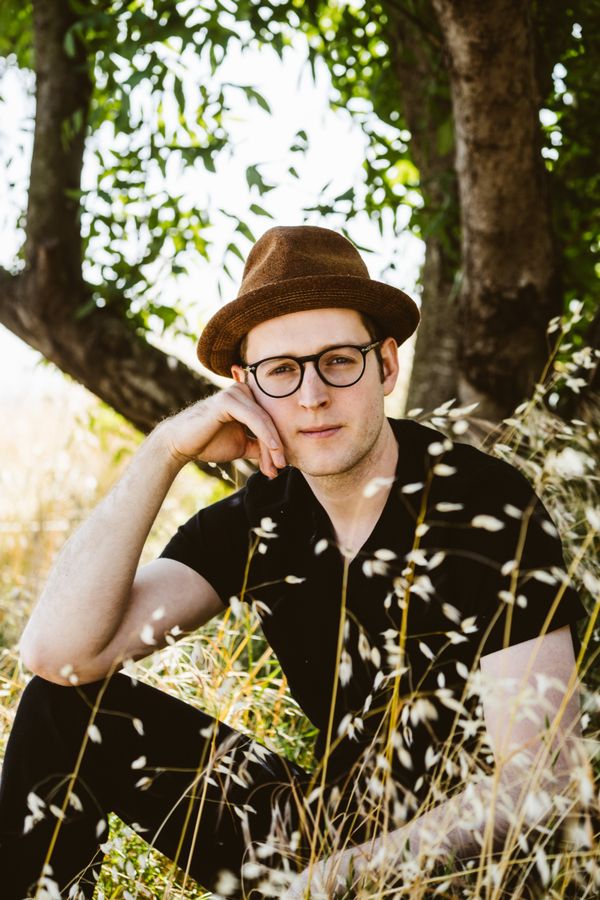 “(on his song Without You)…soothing finger-picking and softly-whispered vocals are punctuated by high haunting harmonies…” –
-The Vinyl Press, Hollywood, California

“….this fantastic voice which I had never heard anything like before. I don’t even really know how to describe it. He has this sound that captures what it is like to be in love.”
-IndieHouse Rentals, New York, New York

Will Hutchinson is a singer/guitarist who has been playing original music since 2009.  Listening in depth to his songs it’s clear that he puts great thought into his lyrics, imagery, and story telling delivery.

Born and raised in the Midwest, Will has called Lincoln, Nebraska home for most of his life but has also lived and played music for 8 years between Minneapolis, MN and Los Angeles, CA.  While living in Los Angeles he street performed regularly by himself and with a group called The Suspenders on the Santa Monica promenade and worked weekend nights at legendary music venue McCabe’s. Will has written, produced, and released 3 full-length albums under Will Hutchinson and another stripped down acoustic album under the name Ozark Hutch.

Performing at the Lied Center for Performing Arts (top 100 performing arts centers in the world) 25th Anniversary Celebration in front of 2200 patrons as one of 12 selected performers.
Awarded Finalist in the International John Lennon Songwriting Contest with over 25,000 contestants for his song “St. Croix (split personality)”
2015 and 2016 top performer on Gigmasters for five-star reviews in the criteria of “professionalism, overall talent, ability to accommodate, and likeliness to recommend”
Performed with HoneyHoney, Gary Jules, Will Hoge, Jay Nash, and Anais Mitchell.
Performed as a featured performer at a TedEx Lincoln event streaming online and in front of a live audience.
Wrote, recorded, produced, and published 3 full-length studio albums.