Sower Records was wildly represented at this last Saturday’s ‘Harvest the Hope Concert’, in support of pipeline fighters all across the land. Among the artists performing was Willie Nelson, Neil Young, Frank Waln, Lucas Nelson, and Sower Artists’ The Bottle Tops, Jack Hotel, and Root Marm Chicken Farm Jug Band. Pictured above with Willie Nelson and Neil Young at the pre-concert press conference is co-founder of Sower Records, Michael Semrad(The Bottle Tops). 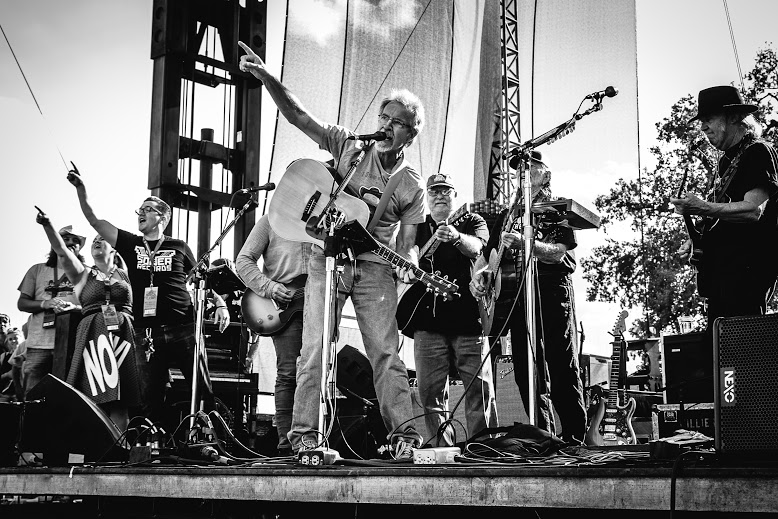 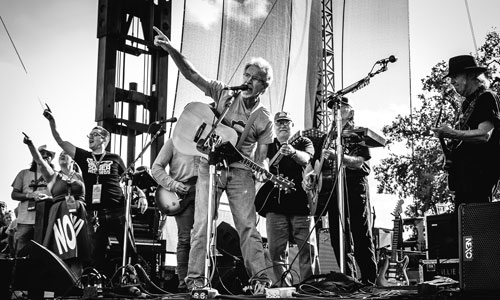 NELIGH, Neb. — From the edge of a rye field teeming with grasshoppers, Willie Nelson and Neil Young sang on Saturday in opposition to the proposed Keystone XL project, warning through lyrics that a “company wants to build a tar sand pipeline where it don’t belong.”

The site of the concert — a patch of farmland where 26 acres of corn were harvested early to create a makeshift parking lot — was as unlikely as the coalition of Nebraskans who have united against Keystone XL and made this state the legal and emotional center of the pipeline opposition.

“I’ve told them, ‘You’ll have to haul me out from in front of that bulldozer, because I’m going to protect this farm,’ ” said Art Tanderup, who with his wife, Helen, hosted the concert. Their land in the rolling hills of northeast Nebraska would be directly along the pipeline route. 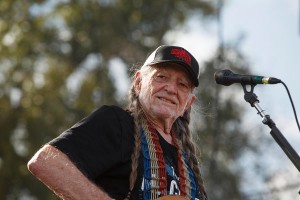 Jane Kleeb on the farm in Ayr, Neb., that she is restoring with her husband.Jane Kleeb vs. the Keystone PipelineMAY 16, 2014
Legal challenges to the Keystone XL pipeline may delay a decision on whether it should be built until after midterm elections.U.S. Delays Final Call on Keystone XL PipelineAPRIL 18, 2014
Pipes for the 1,700-mile Keystone XL pipeline lie at the ready in a field in Gascoyne, N.D.Report Opens Way to Approval for Keystone PipelineJAN. 31, 2014
It has been six years since TransCanada, an energy company, first proposed this 1,179-mile crude-oil pipeline to southern Nebraska from Alberta. In that time, a group of Nebraska farmers, ranchers, Native Americans and city-dwelling environmentalists has held meeting after meeting to rally opposition to the pipeline and forge a delicate trust as it worked toward a common goal.

Keystone XL has broad support nationally from Republicans, who trumpet the pipeline’s potential to create jobs and provide needed energy from an ally. But many people in this usually conservative state have been unmoved by those arguments, and some have pressed the issue in court.

Activists have scored some successes. After they complained loudly about the initial route, which would have gone through the ecologically delicate Sandhills region, TransCanada agreed to shift the pipeline eastward.

Even with that change, the debate is far from settled. Leaders of the opposition movement now want the pipeline project scrapped altogether, citing concerns about TransCanada and fears that a spill would irreparably harm the Ogallala Aquifer, the underground water source used to irrigate cropland and supply taps across a wide portion of the heartland.

Because Keystone XL would cross an international border, President Obama will have the final say on whether it is built. He has put off his decision for years, most recently signaling that he would allow the State Department to continue studying the issue while awaiting a decision from the Nebraska Supreme Court. 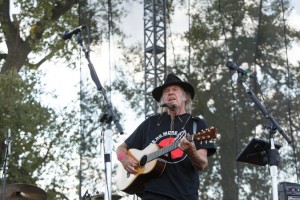 This month, Nebraska’s top judges heard a group of landowners’ arguments challenging the state’s approval process for the route. Their decision will determine whether Gov. Dave Heineman’s support of the route is sufficient to allow construction in Nebraska, or whether a five-member state commission must review the company’s application. The justices might not rule until after the midterm elections.Mr. Heineman, a Republican, opposed the initial route through the Sandhills, but last year approved the revised path, saying it avoided sensitive lands and could be operated safely.

The years of delays, and the potential for yet more waiting, have frustrated TransCanada officials, who insist the project would be safe and an economic boon, with farmers among the beneficiaries.

“The need for Keystone XL hasn’t changed,” said Shawn Howard, a company spokesman. “Our customers continue to remain behind it. We need a decision and we need the politics behind it to stop.”

But Dave Domina, a lawyer who represented that group of Nebraska landowners before the State Supreme Court, said his clients had grown frustrated with TransCanada and were worried about the pipeline’s impact on future generations.

“I think what it says about Nebraskans is, first and foremost, don’t try pushing us around,” said Mr. Domina, who is also the state’s Democratic nominee for the United States Senate. 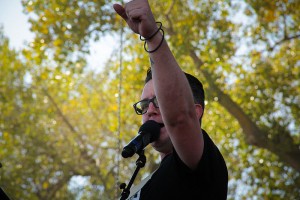 Of course, not all Nebraskans oppose Keystone XL. Plenty of landowners have signed agreements allowing TransCanada to build on their property, and many other residents have long been satisfied that the project is in the state’s interest.Paul Landow, a political science professor at the University of Nebraska Omaha, said urban Nebraskans tend to favor pipeline construction while more residents of rural areas are opposed. Professor Landow said the coalition of opponents has presented its case smartly and, to a certain extent, been effective. Still, he said, the pipeline debate most likely will not be a deciding factor in statewide political contests.

At Saturday’s Harvest the Hope concert, where about 8,000 people turned off the gravel road to spend the afternoon at the Tanderup farm, many spoke emotionally and at length about their opposition to the pipeline and the problems they fear it portends.

Leaders of Native American tribes from Nebraska and South Dakota said they would take whatever steps necessary to protect their land. Landowners told reporters they feared the pipeline would tarnish the soil for their grandchildren. And Mr. Nelson and Mr. Young tied Keystone XL to the broader issues of climate change and corporate influence in politics. They urged Nebraskans to continue working to block the pipeline’s construction and protect the environment.

“I know it’s a great thing we’re doing,” Mr. Young said from the stage. “But even if we don’t win this round, we’re going to be even stronger next time.”